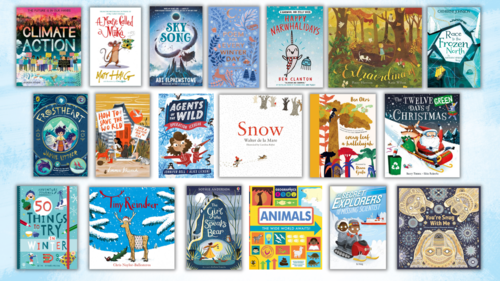 Join the Winter Mini Challenge and come with the Wild World Heroes as they go on an Arctic adventure to explore and celebrate our natural world!

This reading list is full of stories that inspire, challenge, and take you on adventures over your winter holidays. There are also brilliant books full of facts which will spark or encourage your interest in protecting nature and our planet.

Visit your local library or bookshop online or in person to start your own heroic reading adventure this winter.

Explore the link between humans and the animal kingdom!

From food chains to endangered species, a curious pack of fascinating facts and figures is now at your fingertips.

What you learn might just stay with you for the rest of your life. The wide world awaits.

Take a sleigh ride into the heart of a magical adventure!

A young boy called Ash and his disagreeable yeti guardian find themselves on an explorers’ expedition, where his special powers could come in very handy.​

Way out in the furthest part of the known world, a tiny stronghold exists all on its own, cut off from the rest of human-kin by monsters that lurk beneath the Snow Sea.

There, a little boy called Ash waits for the return of his parents, singing a forbidden lullaby to remind him of them… and doing his best to avoid his very, VERY grumpy yeti guardian, Tobu.​

When a brave rescue attempt reveals he has amazing magical powers, he’s whisked aboard the Frostheart, a sleigh packed full of daring explorers who could use his help. But can they help him find his family?​

The epic adventure of a teeny-tiny hero.

This is a tale of mice and magic.

It is also a tale of great love (of cheese) and great danger. And learning the lesson that what matters most – when it comes to cheese and life – is not how strongly you smell but how strong you are on the inside.

Every Leaf a Hallelujah by Ben Okri, illustrated by Diana Ejaita

In the forest near Mangoshi’s village in Africa there grows a very special flower. Mangoshi knows that only this flower can save her mother’s life. It can save her village too. All she has to do is find it.

The chief among the trees, the great baobab, invites us into his branches to travel the world and see for ourselves the perils of not listening to nature.

All around us, forests are vanishing, and no one is listening.

Every Leaf a Hallelujah 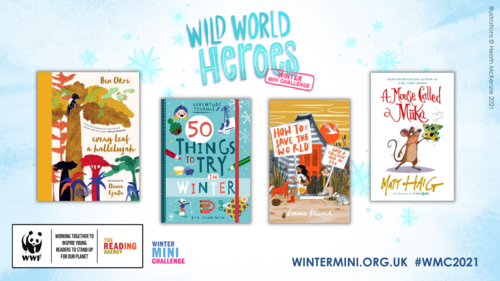 He doesn’t quite fit in, but when a very special letter arrives before Christmas Eve, he embarks on a mission to find his place in the world.

Tiny Reindeer just can’t find his place in the busy North Pole. Being much smaller than the other reindeer, he’s not very good at any of the jobs Santa gives him.

But when a letter comes from a little girl with a Christmas wish to help keep the memory of her grandfather alive, Tiny knows exactly what he needs to do.

50 Things to Try in Winter by Kim Hankinson

Set the mood for Christmas and the festive season by diving into the fun of winter.

Comes with a back cover pocket for storing treasured memories.

50 Things to Try in Winter

You’re Snug with Me by Chitra Soundar, illustrated by Poonam Mistry

At the start of winter, two bear cubs are born, deep in their den in the frozen north.

You’re Snug with Me

The Twelve Green Days of Christmas by Barry Timms, illustrated by Sian Roberts

On the first day of Christmas, what did Santa see?

Christmas spirit is in the air and all the animals are feeling the cheer. But in the excitement, what has happened to the forest? There is litter EVERYWHERE!

Appalled by what he sees, Santa writes a letter to his animal friends asking them to clear up. And over the course of twelve fun-filled days, they work together to do just that!

The Twelve Green Days of Christmas

Climate Action: The Future is in our Hands by Georgina Stevens, illustrated by Katie Rewse

This book is about changing the world for the better.

It’s about how we all have the power to make a real difference.

And it’s also about the many incredible young people, just like you, who are already taking action at a time when change is most needed.

Learn about the causes of climate change and how it is affecting our world. Explore the human impact and what it means to have a carbon footprint.

Read about creative ideas for tackling the climate crisis. Be inspired by the positive stories from young changemakers around the globe.

Climate Action: The future is in our hands

It’s Christmas in the worldwide waters!

Jelly isn’t feeling the festive spirit – or excitement about the mermicorn – quite as much until he receives a mysterious present … But who is it from?

Agents of the Wild 2: Operation Icebeak by Jennifer Bell, illustrated by Alice Lickens

Agnes and Attie are on their second creature-crazy wildlife-rescue adventure.

When SPEARS receives an emergency distress call from its marine outpost in Antarctica, there is only one team they can send. What is causing the tremors threatening to destroy the rescue centre?

Why are the local Adelie penguins behaving so bizarrely? And what exactly is the celebrity nature presenter Cynthia Steelsharp doing, out there in the ice-fields?

Agents of the Wild 2: Operation Icebeak

Race to the Frozen North by Catherine Johnson

This is Matthew Henson’s incredible and often untold story.

When orphan Matthew Henson ran away from his violent stepmother to find a new life in the big city, no one could have predicted that he would become the first man to reach the North Pole.

A little luck and a lot of hard work led to a life of adventure on the high seas and in the Arctic, but back home in America his achievements were ignored due to the colour of his skin.

Henson would become navigator, craftsman, translator, and right-hand man on a treacherous journey to the North Pole. Defying the odds and the many prejudices that faced him to become a true pioneer.

Race to the Frozen North: The Matthew Henson Story 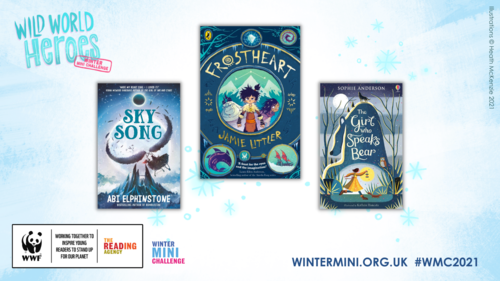 High-spirited Ivy believes she can talk to animals, while Nathaniel, a boarding-school boy, is obsessed with animal facts.

They come together unexpectedly on a cold English beach with the arrival of a rare and wondrous sea creature: a giant leatherback turtle who lays her eggs in front of the world’s media.

Soon they’re on a mission to make a difference to the world – even if they have to do it one animal at a time.​

How to Save the World with a Chicken and an Egg

A Poem for Every Winter Day by Allie Esiri

An inspiring anthology to keep you company for every day and night of winter!

Find verse that will transport you to sparkling winter scenes, taking you from Christmas, to New Years Eve and the joys of Valentines Day.​
​
Perfect for reading aloud and sharing with all the family, this book dazzles with an array of familiar favourites and remarkable new discoveries.

A Poem for Every Winter Day

This is a story about an eagle huntress, an inventor and an organ made of icicles.

But it is also a story about belonging, even at the very edges of our world . . .
​
In the snowy kingdom of Erkenwald, whales glide between icebergs, wolves hunt on the tundra and polar bears roam the glaciers.

But the people of this land aren’t so easy to find – because Erkenwald is ruled by an evil Ice Queen and the tribes must stay hidden or risk becoming her prisoners at Winterfang Palace.​

Join Eska, a girl who breaks free from a cursed music box, and Flint, a boy whose inventions could change the fate of Erkenwald forever, as they journey to the Never Cliffs and beyond in search of an ancient, almost forgotten, song with the power to force the Ice Queen back.​

Reach for the stars but remember the ordinary too.

Extraordinary celebrates the best moments in life: the ones we share with friends and family.

They may be simple, they may be ordinary, but they are moments we will cherish forever.

The Girl Who Speaks Bear by Sophie Anderson, illustrated by Kathrin Honesta

They call me Yanka the Bear…

Found abandoned in a bear cave as a baby, Yanka has always wondered where she is from.

When she has to flee her house, looking for answers about who she really is, a journey far beyond one that she ever imagined begins: from icy rivers to smouldering mountains meeting an ever-growing herd of extraordinary friends along the way.

The Girl who Speaks Bear

As the day draws to a close, a family prepares for Christmas.

Decorating the tree, hanging stockings by the fire, putting out a plate of mince pies… Outside, the world turns to white.

‘No breath of wind, No gleam of sun, Still the white snow, Whirls softly down.’