See Philip Ardagh read from Bunnies on the Bus in our special Silly Squad video!

Watch out! Move out of the way! Hold onto your tails! There are…BUNNIES ON THE BUS! And they aren’t stopping for ANYONE!

The bunnies have taken over the bus and they’re on a wild ride across the streets of Sunnytown!

They whizz past the bus stop, swerve around corners and zoom over crossings on a non-stop roller coaster adventure!
There are bunnies on the roof! Bunnies in the aisle! DO sit down, bunnies, or you’ll end up in a pile!

Eventually, they come to a stop…at the train station. And what’s that they’ve spotted? A TRAIN! Uh-oh, here we go again…

Bunnies on the Bus was a Summer Reading Challenge 2020 recommended read!
It’s written by Philip Ardagh and illustrated by Ben Mantle.

As well as being an Ambassador for the Summer Reading Challenge, Philip Ardagh is also a Lifetime Ambassador for the Schools Library Group of CILIP (the librarians’ association), the Northern Children’s Book Festival, and for the Stratford-upon-Avon Literary Festival. As a quadruple ambassador, he gets to wear a special hat and is given extra-large portions of ice-cream. 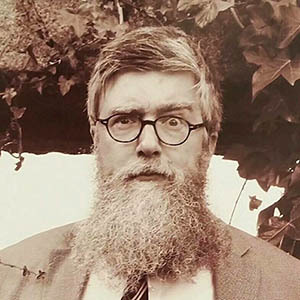 Get to know Philip with our Silly Squad Q&A!

What is your favourite funny book?

The Highway Code. The idea that it’d ever be safe for me to sit behind the wheel of a car is a complete joke.

What’s one of your favourite jokes?

One cannibal turns to another and asks, "Does this clown taste funny to you?

Where is the silliest place you have read a book?

Taped to the underside of an (Indian) elephant hiding in a broom cupboard. No, hang on. That turned out to be a dream.

Why is it so important to be silly?

Having fun is what makes us human and I don’t want to wake up as a deckchair.

Who is your favourite funny person?

My sister, which is kind of funny because I only have a brother…

If you were a member of the Silly Squad, who would you be?

The tall one at the back eating lots of free food.(aka Merry the giraffe!)

Welcome to the Squad, Philip!

Have you read Bunnies on the Bus? Add it to your profile and leave a review to let everyone know what you think!

Professor Phoenix Peanut-butter said: “The book was funny. It’s a rhyming story. I liked the pictures, especially the one where the bunny crunches lots of carrots.”

Get your paws on your own copy by popping in to your local bookshop, or supporting them on Hive

Back to the Reading Club