Born and raised in Maine, Jillian’s love for the ocean started at an early age and has continued to play an integral role in her adult life. She has spent thousands of hours in the field working and diving with sharks across the globe. She is a marine biologist, shark conservationist, scuba instructor, explorer and educator. She has filmed for numerous television shows and networks, has appeared on Shark Week, is a PADI Ambassadiver, was named Scuba Diving Magazine’s July 2016 Sea Hero and was awarded the inaugural Shark Con Shark Hero Award in 2017. Jillian is also the founder of Sharks4Kids. 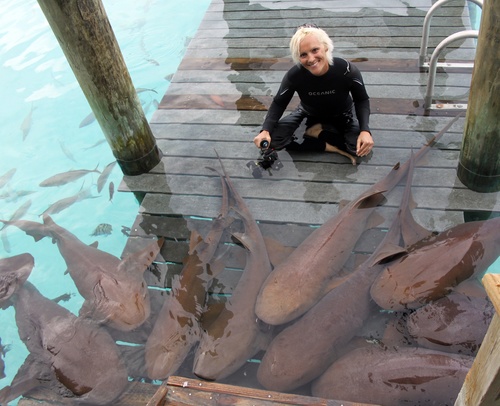 Duncan Brake is a marine biologist and award winning underwater cinematographer who has travelled, photographed and filmed, extensively throughout the world. Duncan studied marina biology at University of Stirling before heading to South Georgia and Antarctica to work as an observer and junior scientist. A volunteer stint at the Bimini Sharklab ignited his passion for underwater filming. After he returned to be their media manager, Duncan pursued a full time career as a videographer. Duncan is an Emmy nominated cinematographer who has captured some unique sequences that have appeared on acclaimed programs and documentaries from BBC’s ‘Blue Planet Live’, ’ BBC Shark’, ’Discovery’s Shark Week’ through to Animal Planet’s ‘Whale Wars’. 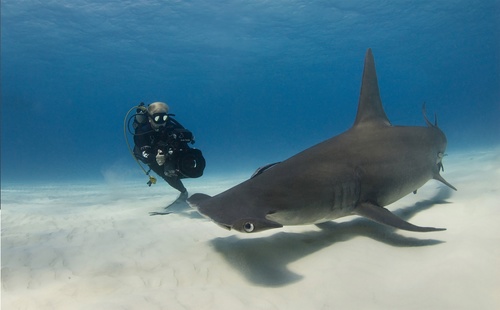 You can download a Shark Super Powers colouring in sheet here.